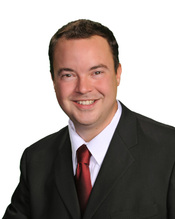 John Middleton-Cox has a wide range of musical theatre experiences. As an artistic director, he has directed HAIRSPRAY, KISS ME KATE, BEAUTY & THE BEAST, WIZARD OF OZ, GUYS & DOLLS, BYE BYE BIRDIE, WEST SIDE STORY, SOUND OF MUSIC, EVITA, FAME, FOOTLOOSE, and TITANIC. As a professional musician, he sings, conducts, composes, arranges, teaches and accompanies. He is a trained tenor having studied opera at the Boston Conservatory. He has sung in and around Boston in professional theatres, operas, and churches including Jordan Hall, Boston Center for the Arts, The Emerson Majestic, and The Old North Church. Currently, he is in charge of the Burlington Music Department. As a professional pianist, he has played for SpeakEasy Stage Company and Lyric Stage of Boston and many private functions, including the Wedding Cake House. John has worked with Broadway performers and won awards for Outstanding Musical Direction. He has music directed at the Walnut Hill Summer Theatre, Wachusett Theatre, Middlesex Summer School of the Arts, debut DAVID, THE MUSICAL, Merrimack College and Pentucket Players. Some of his favorite shows have been TITANIC, CAROUSEL and PETER PAN. As a composer, John music directed and co-produced his composition, THE BIG TIME. John has arranged music for the Thayer Symphony Orchestra. Warren  Scott  Friedman has worked as a professional Director, Choreographer,  Musical  Theatre Instructor Teaching Artist and Private Coach at Performing Arts Camps & Organizations, NYC Afterschool & Weekend Programs, School Residencies, Colleges, Community Theatres, TYA Tours, Dinner Theatre, Summer Stock Theatres, Regional Theatres, Off  Off  Broadway, Pageants  and Children’s Theatre Companies around the country since 1987. Warren  has  also  been an AEA  Stage Manager and  Company Manager  since 1989 and 1987 ,working on National Tours, European Tours, Off  Broadway, Regional Theatres, Summer Stock Theatres, Children’s Theatres, Community Theatres, Cruise Lines and  Industrials. Warren was a  Production Assistant on 2 Broadway Shows (“THE RED SHOES, “WILL ROGERS FOLLIES) . Among Warren’s many productions as Director/ Choreographer  include: (10 productions) of “ANNIE” and “ANNIE JR.”, (6 productions) of  “SEUSSICAL” and “SEUSSICAL JR.”, (3 productions) of “HIGH  SCHOOL MUSICAL”, (9 productions) of  “GREASE”, (2 productions) of “NUNSENSE”,“HAIRSPRAY”, “RENT”  and “LEGALLY BLONDE”. Director/Choreographer of “THE GREAT AMERICAN TRAILER PARK MUSICAL”,”I DO, I DO” , “I LOVE YOU YOU’RE PERFECT, NOW CHANGE”,  “WHITE CHRISTMAS”, “THE WIZ”, “THE WEDDING SINGER” and ”LITTLE WOMEN” .Director for  “STEEL MAGNOLIAS.”RABBIT HOLE” ”GREATER TUNA”, “FAME”, “ANYTHING GOES”,“LITTLE SHOP OF HORRORS “, “THE SPITFIRE GRILLE”, “SHREK”, “RING OF FIRE”, “NEXT TO NORMAL” and  “ALWAYS PATSY CLINE”. Warren has run many Stage Management Workshops and How to Audition for Musical Theatre Workshops  and Musical Theatre Intensives all over the Country. Warren is a Union Member of  Actors Equity Association  (AEA), ), an Associate Member of Society of Stage Directors and Choreographers (SDC), a Member of  American Association of  Community Theatres (AACT)  and a  Member  of the Stage Managers Association. (Website) www.warrensfriedman.com Warren was Director for Cinderella  in ('14), Seussical ('15), and Shrek ('16)  for BEST. 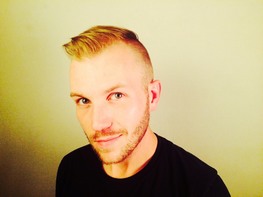 Thom is thrilled to be make his debut working with BEST this summer and couldn't be prouder of the entire cast and crew for their had work, dedication, and unending commitment to the arts. Thom resides in Ashburnham (bonus points if you've ever heard of it) and has been choreographing at schools and theatres in-and-around central Massachusetts for over 15 years; most recently choreographing THOROUGHLY MODERN MILLIE at Salem High School. Other favorite backstage credits include YOUNG FRANKENSTEIN (Worcester County Light Opera); CINDERELLA, GUYS ANS DOLLS and OKLAHOMA (Murdock High School); ONCE UPON A MATTRESS (Narragansett High School); and ANNIE (New Players Theatre Guild). Thom isn't always hiding in the wings and can be found on stage from time to time: most recently in the dancing ensemble of BIG FISH and as Phil D'Armano in THE WILD PARTY (The Umbrella), as Corny Collins in HAIRSPRAY and the Emcee in CABARET (Theatre at the Mount), and as Peter Allen in THE BOY FROM OZ and Mike Costa in A CHORUS LINE (Arlington Friends of the Drama). Thom would like to thank all of the families of the BEST students for allowing their children to pursue something they love; Warren, Steve and John for this amazing opportunity; and most importantly his mother for allowing him to quit T-Ball and take dance lessons! Steve was the music director for BEST's Seussical, Jr. in 2015 and Shrek, Jr. in 2016. Most recently Steve directed The Last Five Years for Nextdoor Theater. As an educator, he has taught as a member of the musical theater faculty at the University of New Hampshire and Stonehill College, worked for the Saugus, Salem, and Marblehead Public Schools, and served as a teaching artist for the New York Public Schools, Boston Public Schools, and Paper Mill Playhouse of NJ. His musical direction credits include such organizations as North Shore Music Theatre, Marblehead Little Theatre, Turtle Lane Playhouse and as an assistant music director for the Ogunquit Playhouse. Directing highlights: Les Misérables, Next to Normal, Spring Awakening, All My Sons, Oklahoma!, Songs For A New World(MLT), Awake (NYU), and the New Works Festival (Santa Fe Theatre Festival).  Assistant directing highlights: A Christmas Carol (NSMT); Cherry Docs, The Last Five Years, and Passing Strange (New Rep). Awards: I.R.N.E. nomination (Tommy), Spotlight Award for Best Music Director (NSMT), artist-in-residence awards (Salem Foundation for Public Education), EMACT DASH nomination for Best Director (Oklahoma!, Hairspray, and Next to Normal). Steve holds a Bachelor of Music degree from UNH and a Master's degree in Theatre from NYU. 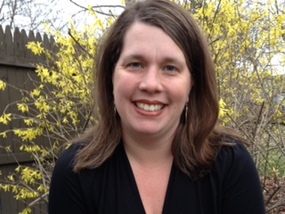 Erin received her Bachelor's Degee in Music Education from The University of Maine, Orono and her Master's Degree in Music Education from UMass Lowell. Erin has taught general music for grades K-8 and directed choruses at the Elementary, Middle and High School level.  Currently, Erin teaches at Innovation Academy in Tyngsboro where she leads the High School and Middle School Choruses.  She is also a Youth Choir Director at North Parish Church in North Andover where she resides with her family.  Erin joined the BEST workshop staff in 2013 and looks forward to working with the staff and students again this summer.

Peter Waldron has designed the sets for BHS’s LES MISERABLES, THOROUGHLY MODERN MILLIE, WIZARD OF OZ, TITANIC, BEAUTY AND THE BEAST, and KISS ME KATE as well as all of the past seasons of BEST. Peter has been designing scenery and lighting for over 25 years, and was a Professor of Theatre at Merrimack College. He has earned a BFA in Theatre from the University of Texas, Austin, an MFA from NYU in Theater Design, and an MA in Arts Administration from Goucher College. Prior to Merrimack College, he was a professor at Bradford College and resident designer at The Evergreen State College and at Reed College. He also designs for the Boston Conservatory, Watertown Children's Theatre, and other theaters in the Boston area. His scenery for "I Hate Hamlet" at StageWest won a best design award. He was a founding member of Artists Repertory Theater in Portland,OR, and he has helped to create several non-profit arts organizations that continue to flourish.

Our Senior and Junior Counselors are skilled high school and college students who have a talent for mentoring and a passion for education and theatre.  All of our Counselors have distinguished themselves in some area of theatre and performing arts, whether performance or production.  They provide support to the teaching staff, help run rehearsals, and make BEST a fun place for the students to go each day!